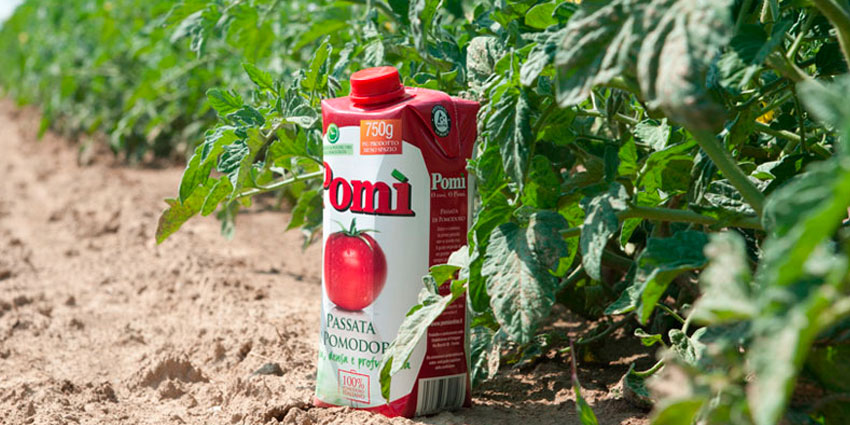 CONSORZIO CASALASCO DEL POMODORO WITH THE POMI BRAND REPRESENT THE ITALIAN TOMATO GROWERS AT THE 2015 EXPO IN MILANO, ITALY

The Consorzio Casalasco del Pomodoro will represent all the Italian producers of tomatoes in the Coldiretti area at the EXPO 2015 and will be part of the “Tree of Life” with Pomi, by explaining the core values of their activities: quality of the Made in Italy, certified sustainability and wellbeing of the land and its people.

“EXPO 2015 is a unique opportunity to talk about what is behind our work and the people who produce our products, especially for a company such as ours, which today operates internationally but still has strong roots in our territory.” says Costantino Vaia, General Manager of the Consorzio. Italy is one of the biggest producers of tomatoes in the world, with annual turnover of 3 billion Euros, of which 56% is for export.
This is an important sector of the Italian economy and “I think that finally thanks to EXPO 2015 and the “Tree of Life” it will get the recognition that it deserves”, added Mr. Vaia.

The Consorzio Casalasco del Pomodoro, which is an association of more than 300 farms producing 350,000 tons of fresh tomatoes in the area comprised between Parma, Piacenza, Cremona and Mantova, has created a true integrated system of production while maintaining a strong bond with the territory.

The production process uses a certified traceability system throughout all stages of production, from the planting of the seed to the finished product, to ensure its maximum quality.

The Pomi brand is one of these products. Pomi, made only of 100% Italian tomatoes, is distributed in well over 50 countries around the world. In fact, 60% of the Pomi and Pomito brand is sold across Europe, North America, Central America, Africa and Asia.

These plus other technological and industrial innovations in the field, including precision agriculture, by using drones, for more efficient water distribution, and initiatives such as Cookstove for Kenya, where Pomi produces and installs stoves that reduce CO2 emission, are at the core of the products produced by the Consorzio Casalasco del Pomodoro which allow consumers worldwide to taste the premium quality and rich flavor of authentic Italian tomatoes.