Consorzio Casalasco del Pomodoro and QuattroR join forces for a major project on the “Made in Italy” tomato supply chain.

A strategic project in a core sector of the Italian economy following a 100 million Euros investment to support the development plan of Casalasco. 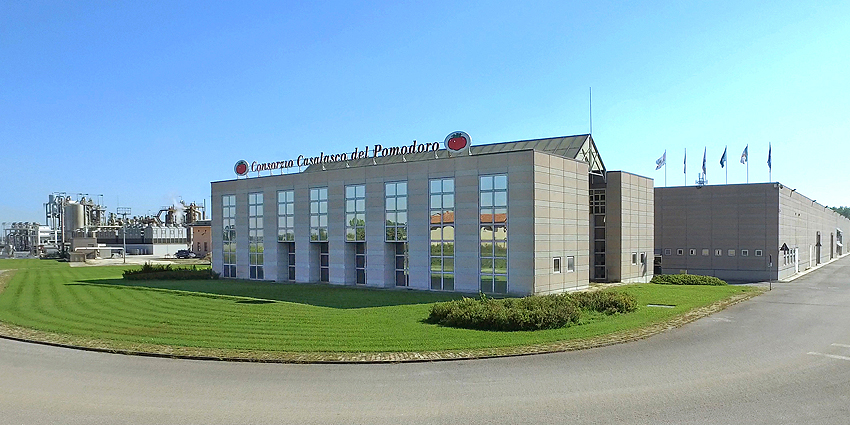 QuattroR and Consorzio Casalasco del Pomodoro, the Italian leader in cultivation, processing and distribution of tomatoes with 550 associated farmers, have finalized a strategic partnership.

Milan-Rivarolo del Re (CR), 06th August 2021 - QuattroR, a private equity fund devoted to supporting the growth of mid-to-large cap Italian corporates, and Consorzio Casalasco del Pomodoro (CCdP), the Italian leader in the cultivation, processing and distribution of industrial tomatoes, have signed a strategic investment agreement. The primary objective is to combine the values of the Italian agricultural supply chain with those of a financial investor specialized in strengthening the capital structure and supporting the growth strategies of Italian outstanding companies, aiming at creating one of the global leading groups in the sector.

The transaction will be realized through the setup of a Newco, CASALASCO S.p.A., 51% owned by the cooperative and CCdP Holding and the remaining 49% by QuattroR following a 100 million Euros investment in Newco by QuattroR. Considering the excellent track record the Shareholders agreed to confirm the current management team led by the General Manager, Mr. Costantino Vaia.

Founded in 1977 in Rivarolo del Re, in the province of Cremona, as an organization of tomato farmers CCdP today represents the leading Italian integrated supply chain for the cultivation and processing of industrial tomatoes. It currently gathers 550 associated farms with circa 7,000 hectares of land located in the provinces of Piacenza, Cremona, Parma and Mantua. In addition to its co-packing activities for some of the leading global food players, CCdP owns the Pomì and De Rica brands and it exports its products to over 60 countries worldwide. Over the last 20 years CCdP constantly increased its annual turnover from 35 million Euros (2001) to 338 million Euros (2020) (+10% vs 2019), with export accounting for over 70% of its revenues.

"This Transaction expedites the development plan started from the cooperative and aimed at fully exploiting its potential.

The decision to partner in the project with the Italian fund QuattroR, with outstanding managerial skills, is based not only on business-related objectives but also on the sharing of key values that have shaped the philosophy of growth of Consorzio Casalasco".

“A further proof of vision and willingness to evolve by an excellent agri-supply chain which aspire to a leading position on international markets".

"The investment in Consorzio Casalasco del Pomodoro perfectly fits with our philosophy of strengthening and supporting leading companies in strategic sectors of the Italian economy, such as the industrial tomato sector where Italy ranks as second player globally.

Leveraging on shared social values and strategic objectives, QuattroR will support the current management team to accelerate the development of the Consorzio, both through organic growth and by evaluating potential add-ons, holding to the values of the agricultural world embodied by the cooperative and its supply chain".

Launched in 2017, QuattroR SGR SpA is an independent private equity fund that stands out for its specific mission of capital strengthening and enhancement of outstanding Italian companies. The Fund's investors include Cassa Depositi e Prestiti, Inail, Inarcassa and Cassa Forense.  In addition to Consorzio Casalasco del Pomodoro, QuattroR's portfolio includes investments in Fagioli Group, a leading international engineering company in the field of transportation and special haulage, Gruppo Ceramiche Ricchetti, a prime international group active in the production and distribution of ceramic surfaces, Trussardi Group, an iconic fashion maison with a strong heritage and a presence in major international markets, and Burgo Group, an Italian and European leader in the production and distribution of graphic papers, special papers and containerboard for packaging.