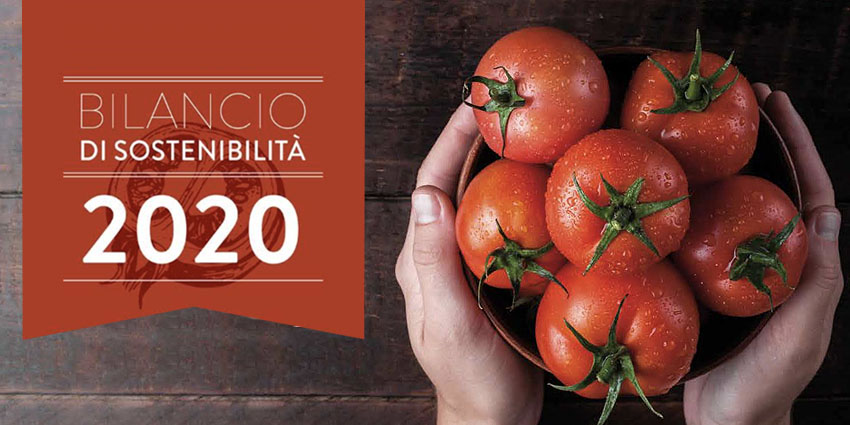 In 2020, despite the Covid emergency, the commitment of Consorzio Casalasco del Pomodoro in pursuing its sustainability objectives never ceased. The company, which has been working with care and attention on environmental, social and fair economic distribution aspects along the supply chain for years, presents its third Sustainability Report, drawn up with the collaboration of Deloitte, which highlights important improvements in performance in various areas.

In the last three fiscal years, the indicators for the natural resources used in the production process have improved, thanks above all to energy efficiency measures and the rationalisation of the production capacity.

From a social point of view, in 2020, the average annual number of employees of the company increased significantly, in particular during the tomato processing period, growing from 1,613 to 1,770 people, marking an important increase in employment of 10%, which has affected mostly female staff.

The work-life balance policy (balance between private life, security and work) allowed, during the lockdown period, to run remote connections for smart working employees for a total of over 15,000 hours/work, combined with agreements for part-time positions. Also during the year, there was a further progressive implementation of social inclusion plans.

The report also highlights the 40 fully-funded projects in the area of research and development on new types of products, recipes and studies on packaging with low environmental impact, also thanks to the collaboration with certified external institutes and universities.

The economic value generated and distributed among the Consortium's various stakeholders in 2020 was 308 million euros, a 10% increase compared to the previous year, with over half a billion packs of finished product manufactured and distributed on the international market.